that the teacher licked onto a chart

going off the top of the scale

no more ‘My kid spoke at six months

taught himself to read at three’

and fights in every single one’

no more ‘I came second’, ‘Commended’

‘Working on a pamphlet’

We are in dark territory today. My friend, Veronica Zundel, whose poetry and other writing some of you will know, wrote the above poem, in response to this blog. She is the daughter of Holocaust refugees. Above it, you see her poem’s title, as it appears in the gates of Auschwitz, made by prisoners. It was written over the entrances of several other death camps too. If you don’t speak German (I don’t, but thank goodness for Google translate!), it means ‘Work sets you free’ and Veronica’s last lines mean ‘Work kills. Freedom makes free.’)

There’s a horrible irony here. Even Veronica who grew up knowing the murderous and barbaric use that the ‘work ethic’ was put to, finds personal resonance in this blog about the way it entraps us and the damage it can do.

Thank you, Veronica. Your poem is a clarion call to us all to break free.

Would that it were easy, once noted! If you’re reading this blog, you know that it is not – and perhaps especially so (shoot me down in flames, if you must!) if you are a woman. I’ve had several comments or conversations about it with women, so I want to write about those today.

My own age and that of the women who’ve commented, puts us in a unique generation. We sit in the gap between those women who, in the majority, worked running households and families, rather than for wages, and subsequent generations who assume that they will run a household and family as well as working for wages. They will assume the assistance of a partner and, if they are lucky or can afford it, will enlist other help from family and services such as nurseries and cleaning companies. My generation was liberated by effective birth control and more flexible thinking around relationships and were unencumbered by student debt or crippling house prices. Not that this meant our lifestyles were flush – it is easy for subsequent generations to be ignorant of the standard of living then. I remember feeling very fortunate to have a job when there were 4 million unemployed and queues for the dole extended round the block. Double-glazing was the exception and central heating erratic when we purchased our first home and it was normal to make do with hand-me-down furniture. I made my wedding dress myself: it cost me £22. We had a grand total of 24 photographs taken at our wedding. And so on…

But this isn’t a pity party or about how well we did to manage with so little. This is about the context in which we made choices about childcare and work: many of us were able and willing to make the choice to look after our children ourselves, at least until they went to school.

Or that was the intention. For a significant number, it didn’t work out quite like that. Many found that, by the time their children were all in school, the dynamic between them and their husbands had changed. Somehow or another, without really choosing it, mothers had morphed into housekeepers and nannies whilst fathers had become the breadwinners and were very happy to stay that way, secure in the knowledge that their wives would do everything else needed to keep the family ship afloat. I’ve heard of men who are happy to mow the lawn but nothing else, who will unload the dishwasher but never load it, men who will wash the car(s) or at least take it/them to the car wash and men who will ‘do the banking’. These are their sole contributions to the household running because they ‘earn the money’.

Photo by Mathieu Stern on Unsplash 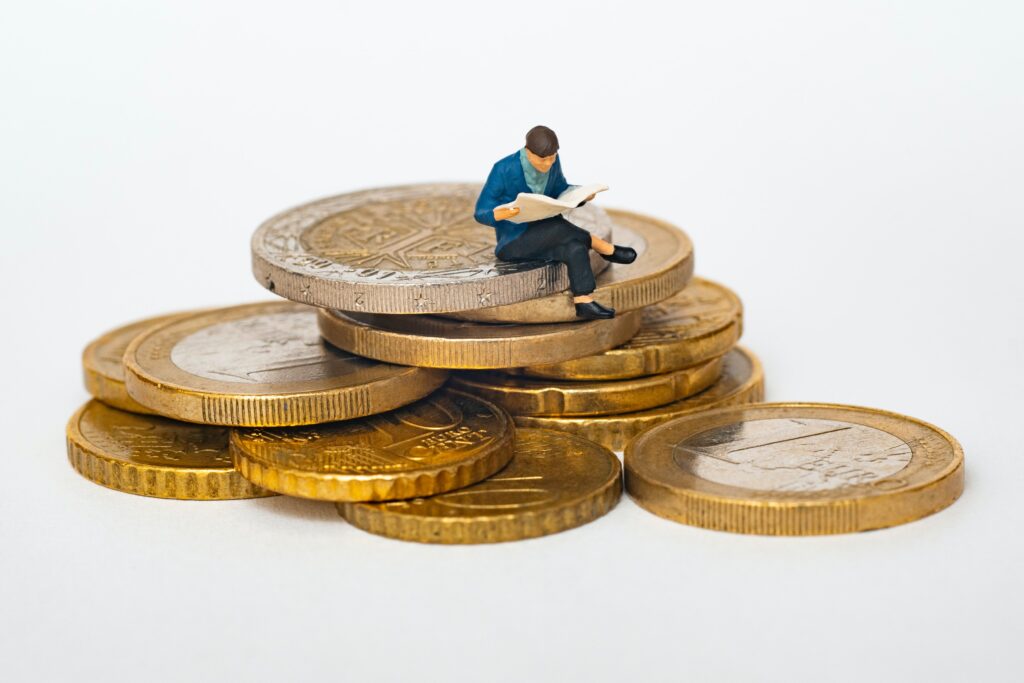 I earn the money!

Once their wives were busy raising babies, many of these husbands quickly began to earn so much money that it was hard to argue the case for bringing in someone new who would have to be trained up and paid to run the ship (probably not so well!), so that the present incumbent could go and seek fulfilment in a career for which she’d probably have to re-train to catch up. How self-indulgent! How ungrateful! How completely unnecessary!

Except, of course, that for the sanity and contentment of such women, it was essential. These are women who got good degrees, in some cases the first women to go to university from their families. They started careers and professions in good faith that they would be taking a career break and then getting back on track. Instead, incrementally and insidiously they became what I recently heard termed ‘trailing wives’, hidden behind prestigious husbands like unappreciated and unpaid PAs. Perhaps they have gone on to pick up the duties of an unpaid carer for their parents or their in-laws too because it seems like the obvious thing to do – they are there, aren’t they, with time on their hands? The children are less time consuming now, surely?

There will be some, of course, that are very happy in their roles and there may even be young men and women who aspire to such lives – but they are not the ones I am concerned about. I’m shouting out for those who have become stuck in lives they never wanted or intended and who still suffer the miseries of Gold Star Syndrome – because, of course, it afflicts them just as much, if not more, than anyone else.

The impact can take a while to arrive but eventually, it can hit hard – perhaps when the children have finally flown the nest or the marriage approaches a big anniversary or illness strikes or even when the husband begins to talk about retirement. Then the awakening happens – what happened to my life? What happened to all my aspirations? Have I only been the caretaker for the generation to come and the generation that is leaving? What have I achieved? Surely my life had more purpose than this?

Some of these women will have managed to work part-time, worked free-lance, started small businesses, alongside their roles as housekeepers and caretakers. Three cheers for them! Somehow, they have managed to keep their aspirations afloat, next to the family ship. But even they feel short-changed. They wanted and had been educated to expect, something more than this. Worse, what they hear from others is that they don’t have a ‘proper’ job, that their work is for ‘pin money’, it’s an extra, not really necessary, that it ‘keeps them happy’.

I feel a scream coming on. There’s a toxic mix-up here. Too much pursuit of Gold Stars condemns us to a feeling of never having done enough. Too little opportunity to achieve, leaves us feeling bereft. Martin Seligman, the great guru of Positive Psychology tells us that there are five important elements which are observed in psychologically healthy people, summed up in the mnemonic PERMA. They are:

Endlessly climbing the greasy pole is not a route to happiness – but nor is being deprived of the opportunity to achieve in a way that gives us meaning and purpose. As ever, there is a balance to be struck. Seligman’s observations may only be of subjects moulded by Western Capitalism so have a particular bias – I don’t know. Would those qualities equate to psychological health within a different set of social parameters? If ‘Freedom makes free’, to quote Veronica’s poem, can we ever get free of what has been bred into us by the society we were brought up in? I think Eckhart Tolle would argue that we can but I’ll come back to his wisdom another day.

Meanwhile, what’s the way forward for the ‘trailing wives’? A hard, path, I think, of being determined to find ways to get enough of what they wanted and were taught to expect, without being torn apart by the need to achieve.

I found the following poem, by Erica Jong, many years ago, when I was a young teacher. It said what I needed to hear then and what I still need to hear now about how tough it is to be ‘woman enough’, without endlessly craving gold stars. May there be many more men like the one in the poem!

Because my grandmother’s hours

Because my mother’s minutes

were sucked into the roar

of the vacuum cleaner,

because she waltzed with the washer-dryer

& tore her hair waiting for repairmen-

I send out my laundry,

& live in a dusty house,

as well as anyone.

I am woman enough

to love the kneading of bread

as much as the feel

& the smell of clean laundry

are almost as dear to me

as the smell of paper and ink.

I wish there were not a choice;

I wish I could be two women.

I wish the days could be longer.

But they are short.

So I write while

the dust piles up.

I sit at my typewriter

& the minutes they lost

loving houses better than themselves

& the man I love cleans up the kitchen

grumbling only a little

that after all these centuries

it is easier for him